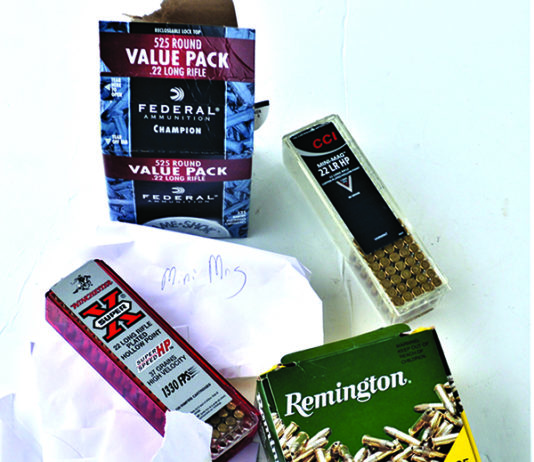 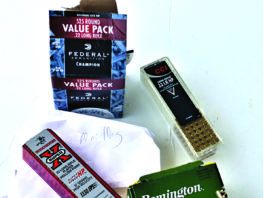 Twelve 22 Long Rifle Cartridges, Shot From a Rifle This Round 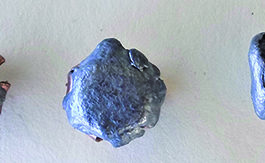 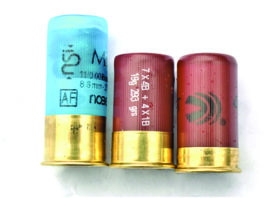 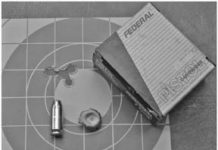 We believe our tests of cartridges from Federal, Winchester, PMC, and Speer can point you toward a topnotch self-defense ammo that you can, and should, evaluate in your own handgun. 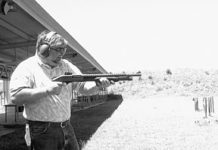 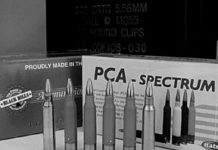 Traditionalists may recoil from shoving plastic into their chambers, but this product was safe, reliable, and accurate. 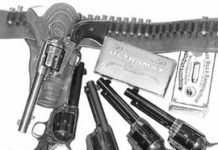 .45 Single-Action Colts and Clones: USFAs Rodeo Is Our Pick

One hundred and thirty years ago Colt's brought out its Model P, also known as the Single Action Army revolver. (For those who wonder, Sam Colt never saw the Model P. He died in 1862.) The company is still making the old thumb-buster, and a host of companies are producing clones of it in what seems to be ever-increasing numbers. The game of Cowboy Action Shooting must surely be one of the main driving forces behind the continued onslaught of fine and finer single actions, but the fact remains that these revolvers are viable sporting, hunting, and even self-defense firearms, and serve their owners in as many capacities as they did in the 1870s. 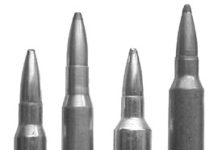 This year hunters have a choice of two new non-toxic waterfowl loads other than steel. They are bismuth and tungsten. Both solve some of the problems encountered with steel, but neither are as good as lead. They may not even be as good as steel. To determine just how good the new loads were, we tested them in the popular 12 gauge 3-inch magnum load.

The main problem with steel shot is that it's not dense enough. At least, it's not as dense as lead shot and thus its downrange velocity falls off faster than lead. This results in just a little more wind drift. With a 14.5 mile per hour cross-wind, steel shot will drift 25.8 inches; lead will drift only 22.5 inches. The loss of downrange velo...

Ammunition estaff - November 2, 2000
Today, in the personal protection and self-defenseenvironment, our thoughts automatically turnto the handgun to meet our requirements.Unfortunately, the attention given to the handgun is mostly due to the all the hype given to concealed carry. It’s true, the handgun is small, light, easy to transport, and easy to conceal. But, from a pure tactical standpoint, the handgun is a poor choice for a firearm in a self-defense situation. A very poor choice indeed when there are other more serious firearms available.The 12 gauge shotgun, used within the ranges it was intended to be employed, is a much better choice than the handgun. Most of the handguns bought for personal protection will g...

Introduced in 1990, the .40 S&W cartridge was developed primarily for the police community. It combines a 40-caliber bullet with a high operating pressure (35,000 psi) for maximum stopping power. Like the .357 Magnum, a high-pressure revolver cartridge we tested two years ago, most of the ammunition we tried in this evaluation performed just as it is supposed to. Only one load needs to be avoided.

To test the effectiveness of the different brands, we bought twelve different self-defense loads. For a direct comparison, all were as close as possible to 155 grains in bullet weight. None were advertised to penetrate Kevlar body armor. None were limited to law enforcement personnel. All the sh...

To get this article ready for October publication, we did the testing in August. As you can imagine, the sporting goods stores didn't have a very good selection of ammunition on the shelves at that time. So, thi...

The .357 Magnum is a powerful handgun. In fact, when loaded with 125-grain jacketed hollow points, it is considered to be one of the most effective handguns for self defense. However, some ammunition in this caliber is better than others.

To test the effectiveness of different brands, we bought every kind of .357 Magnum self-defense ammunition we could find. Fifteen different loads were purchased from four different sources. None of it was limited to law enforcement agencies. None of it was advertised to penetrate Kevlar body armor. Six loads were positively excellent. None were unsatisfactory. All shooting was done with a Smith & Wesson Model 586 revolver with a six-inch barrel.

[IMGCAP(1)] Shotgun hunters are currently blessed with some of the best projectiles—sabot slugs—they've ever had to shoot, but improvements in these rounds have been slow in coming. Winchester-Western ballistician Karl Foster redesigned the old pumpkin-ball slug into what is essentially a 20th century .72-caliber Minie Ball in 1933. From that breakthrough until the early 1980s, there was very little change in shotgun slugs—until the advent of rifled barrels for shotguns and sabot slugs changed everything. By encasing an aerodynamic .50-caliber pellet-like projectile in a two-piece plastic sleeve of bore diameter to grip the rifling (an idea used in artillery for nearly a century), slug shoot...